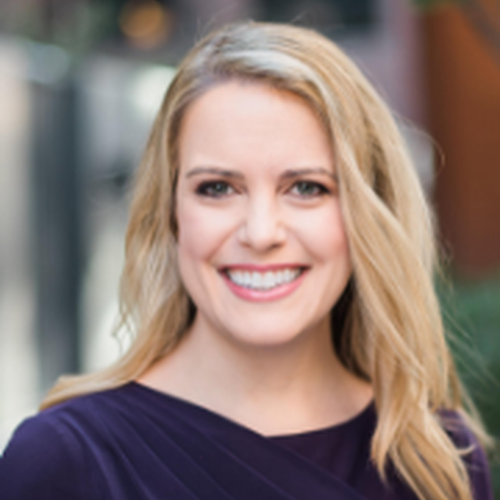 Beverly Hallberg is the founder and president of District Media Group. An expert media coach, lecturer, and public speaker, Beverly started District Media Group in 2008 to focus on coaching others to be their “best self” for both print and broadcast media. Since then, Beverly has grown District Media Group into an internationally recognized media training and communications consulting firm. She has trained members of Congress, CEOs, policy wonks, reporters, non-profit and movement leaders, and politicos. She also specializes in message development, talking point construction, and message creation.

An expert on all sides of the camera, Beverly has been a producer, director, and host. Prior to starting District Media Group, Beverly served as director of Leadership Institute Studios. She has edited, produced, and directed numerous TV and radio shows and anchored a weekend sports program for Salem Radio Network News. Additionally, Beverly has written and produced videos, PSAs, and live programs for government agencies including the Department of Labor, the Bureau of Labor Statistics, and the Administrative Office of the U.S. Courts, among others.

Beverly is a fellow at the Independent Women’s Forum, a guest columnist for The Daily Signal, Washington Examiner, and The Hill, and is a frequent contributor on Fox News and CNN.

Beverly lives on Capitol Hill with her English bulldog, Dray Mond Green, and is a Golden State Warriors fanatic.