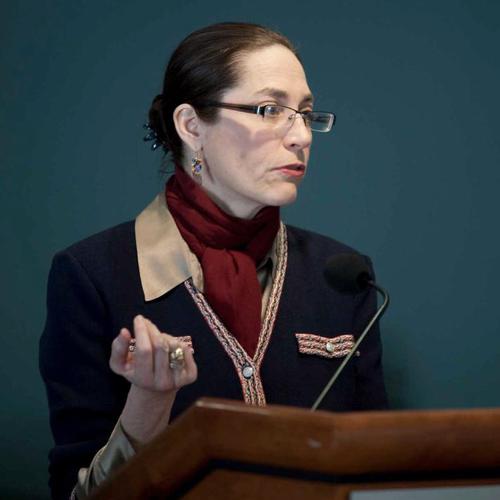 Eleanor Kennelly Gaetan, Ph.D. is the Director of Government Relations at the National Center on Sexual Exploitation and works closely with the NCOSE Law Center where she leads strategic efforts at the federal, state, and local government levels encouraging them to develop policies for a world free from sexual exploitation. A very accomplished writer, Eleanor also provides key analysis of research helping to connect the dots between all forms of sexual exploitation.

For the ten years prior to joining NCOSE, Eleanor Kennelly Gaetan, Ph.D. served as senior legislative advisor for the Coalition Against Trafficking in Women International (CATW), founded in 1988. She was instrumental in passing major U.S. legislation including the Justice for Victims of Trafficking Act (JVTA) in 2015; the SESTA-FOSTA law criminalizing Internet service providers that engage in human trafficking; and the Trafficking Victims Protection Re-authorization Act of 2018. Working in alliance with many organizations, including NCOSE, she aimed to help build the movement against sexual exploitation through these efforts.

From 2003-2009, as a White House appointee, Eleanor served as senior coordinator for public outreach at the State Department’s Office to Monitor and Combat Trafficking in Persons (J/TIP). She managed legislative, media, and NGO relations for the TIP office. Eleanor first met the human trafficking issue through the eyes of its victims, in Bucharest, Romania, as USAID’s local democracy advisor (2000-2003). She attended Yale University and has a Ph.D. from the University of Maryland. More importantly, she and her husband Victor have five children.