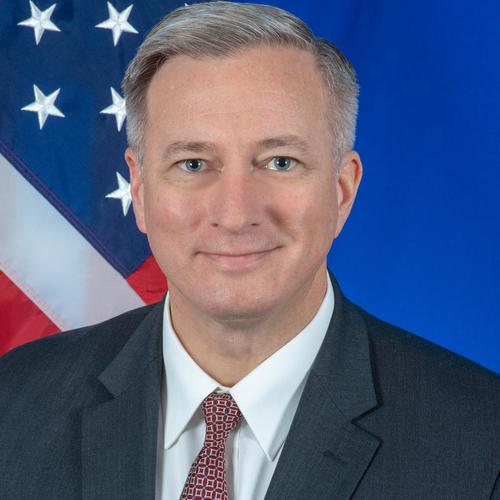 Ambassador-at-Large
Office to Monitor and Combat Trafficking in Persons

Ambassador Richmond comes to the highest position in the federal government dedicated to combating human trafficking, after a distinguished career in the global battle for freedom. He co-founded the Human Trafficking Institute that exists to decimate modern slavery at its source by empowering police and prosecutors to use victim-centered and trauma-informed methods to hold traffickers accountable and ensure survivors are treated with respect and care.

Prior to the Institute, Ambassador Richmond served, for more than ten years, as a federal prosecutor in the U.S. Department of Justice’s Human Trafficking Prosecution Unit where he was named one of the “Federal Prosecutors of the Year” by the Federal Law Enforcement Foundation. He investigated and prosecuted numerous victim-centered labor and sex trafficking cases throughout the United States. He also prosecuted cross burnings, police misconduct, and neo-Nazi hate crimes cases. Ambassador Richmond regularly served as an expert to the United Nations Working Group on Trafficking in Persons. He also lived in India for three years pioneering International Justice Mission’s anti-slavery work.

Ambassador Richmond has trained judges, prosecutors, federal agents, law enforcement officers, and non-governmental organizations on effective, proactive human trafficking investigative and prosecutorial strategies. He also taught Human Trafficking Law, Policy, and Litigation at Pepperdine School of Law and Vanderbilt Law School. In 2018, while at the Human Trafficking Institute, he co-authored the first Federal Human Trafficking Report that collected and analyzed all the active federal human trafficking cases in the United States. Ambassador Richmond earned his Bachelor’s degree from the University of Mary Washington and his Juris Doctor from Wake Forest University School of Law.