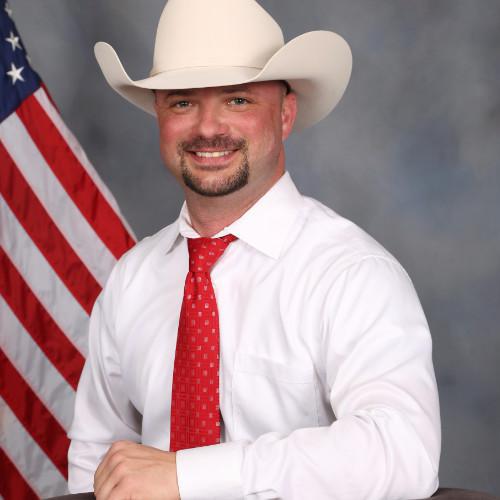 Detective Scaramucci  has conducted sting operations resulting in the arrest of approximately 135 individuals for Human Trafficking and related offenses, which lead to the identification of approximately 250 trafficking victims. He has further trained more than 281 agencies throughout 29 states, 11 federal agencies, branches of the U.S. Military, the Mongolian Federal Police and Prosecutors Offices to conduct these operations.

Detective Scaramucci began his career in law enforcement in 2004, and was promoted to Detective in 2008 with the McLennan County Sheriff’s Office, investigating Crimes Against Persons. Since initiating investigations in Human Trafficking in 2014, Detective Scaramucci has participated in John Suppression events, arresting over 460 sex buyers. Since 2015 he has conducted sting operations resulting in the arrest of approximately 142 individuals for Human Trafficking and related offenses, which lead to the identification of approximately 253 trafficking victims.

Detective Scaramucci has worked both State and Federal investigations as a Task Force Officer with H.S.I., leading to investigations and arrests throughout the U.S. and Canada. He has also led and trained numerous agencies throughout the U.S. on how to conduct these operations, along with operations targeting Illicit Massage Parlors. Detective Scaramucci is certified in Courts of Law as a Subject Matter Expert in Human Trafficking. Detective Scaramucci has further advised and testified in the State House, assisting with the creation and passage of laws leading to harsher penalties for human trafficking, as well as working against laws that would have added further burdens on victims.

He is further employed as a consultant for the Polaris Project, Collective Liberty, and the International Association of Chief’s of Police, training more than 306 agencies throughout 31 states, 11 federal agencies, branches of the U.S. Military, the Mongolian Federal Police and Prosecutors Offices, along with providing technical support for their Human Trafficking Operations and Investigations.