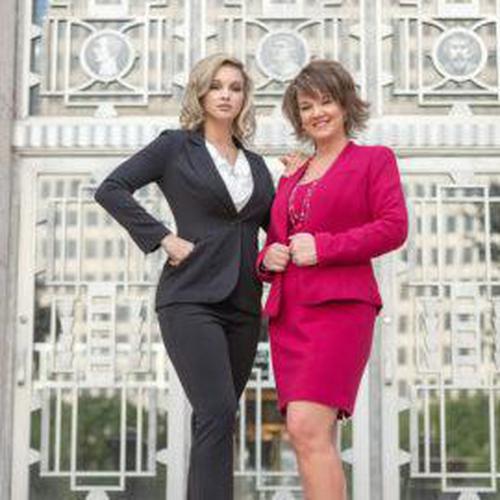 Categories covered by Kelly and Courtney

Connect with Kelly and Courtney

Courtney Litvak is the Ambassador for Childproof America, a non-profit organization dedicated to safeguarding families against sex trafficking. Courtney was born in Katy, Texas in 1998. She attended Katy ISD where she excelled as a varsity swimmer on the top-ranking swim team in the district. During her lifelong career as a competitive swimmer, she accumulated numerous accolades and recognition or her achievements. Before devoting herself to full-time advocacy, she was methodically lured into The Life, also known as human sex trafficking. After years of being off the grid, and under the emotional and physical control of networks of extremely heinous exploiters, Courtney escaped and entered a recovery program for survivors. There, she underwent an intensive, faith-based program where she received the tools to overcome her trauma. She credits The Refuge for Women for enabling her to reconnect with her faith and foundation of which she was raised on. Courtney proactively meets with and advises leading champions on this issue in Washington DC. These passionate leaders include Congressman Michael McCaul, Senior Advisor to the President, Ivanka Trump and Vice President, Mike Pence. In early 2020, Courtney was recognized, alongside other survivors, by President Donald Trump at the White House Summit for Combating Human Trafficking.

Kelly Litvak founded Childproof America in 2017 and serves as the Executive Director. Ms. Litvak has over ten years of experience as a non-profit leader. She began her career in 2007 when she founded Tools 4 Life Books, an organization serving incarcerated youth. The faith-based Tools 4 Teens book, authored by Ms. Litvak segued into the Tools 4 Teens Program, supporting youth in detention centers and upon re-entry. Her programs resulted in a sharp decrease in recidivism among her students. She serves on the Advisory Board for the Association for Missing and Exploited Children as their Vice President of Rehabilitation. In 2016, her daughter was pursued by human traffickers in their suburban community and her family was forever changed. The tragedy forced the family to recognize significant gaps in support services for parents with missing and exploited children, leading to the formation of Childproof America, an organization dedicated to safeguarding families against sex trafficking. Ms. Litvak holds a bachelor’s degree in Organizational Communications, with a concentration in Psychology from Ohio University. A college internship serving victims of domestic violence first sparked her interest in an atrisk population. Her deep compassion for hurting and vulnerable youth, combined with her own personal experience, are the driving forces behind her fierce call to serve as an advocate for anti-human trafficking. In 2017 and 2018, Katy Magazine honored Kelly as Top 100 Women of Katy. In December 2017, Katy Magazine named Kelly Top 10 Outstanding Katy People of the Year. That following year she was honored as the Top 50 Most Giving Moms in Katy. Kelly and her college sweetheart, Alan have called Katy home for nearly 25 years. They have two children, ages 18 and 21.