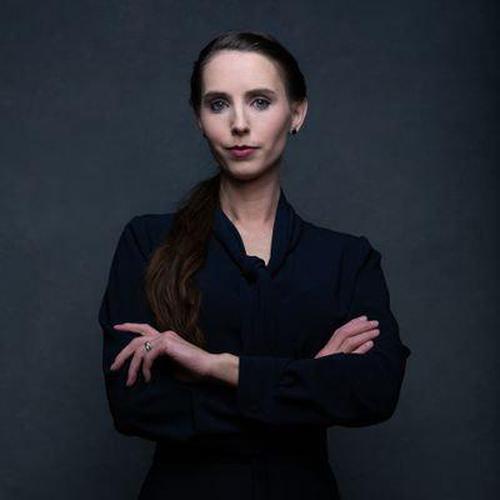 Rachael Denhollander is an attorney, author, advocate, and educator who is recognized as a leading voice on the topic of sexual abuse. Possessing a unique blend of professional skills, personal experiences, and dynamic communication style, she is a sought-after media commentator, speaker, and consultant. Her grasp of legal issues, corporate ethics, effective leadership strategies, and investigative practices are coupled with a trauma-informed, deeply compassionate understanding of the realities facing survivors of sexual abuse and their path toward healing. Bridging the gap between survivors and the society and institutions that may have failed them, Rachael forces audiences to ask the question, “What is a girl or boy worth?” while equipping them with the tools to answer, “Everything.”

Rachael Denhollander became known internationally in 2016 as the first woman to pursue criminal charges and speak publicly against USA Gymnastics’ team doctor Larry Nassar, one of the most prolific sexual abusers in recorded history. As a result of her activism over 300 women—including numerous Olympic medalists—came forward as survivors of Nassar’s abuse, eventually leading to his life imprisonment. Her courageous tenacity and ongoing advocacy helped trigger a complete upheaval at both USA Gymnastics and Michigan State University, where former executives and high-ranking officials face numerous criminal charges for their complicity in covering up Nassar’s abuse and lying about what they knew. Instrumental in helping secure a record-setting $500 million settlement with Michigan State University for Nassar survivors in 2018, she continues to act as a fiduciary representing her fellow survivors in USA Gymnastic’s ongoing bankruptcy proceedings. In 2019 she published an autobiographical account of her experience entitled, “What is a Girl Worth?: My Story of Breaking the Silence and Exposing the Truth about Larry Nassar and USA Gymnastics.”

Rachael has extensive experience working with corporate boards, executive leadership, and politicians to help them understand how to lead with courage and integrity through crisis, how to communicate their values within their organizations and to the public, and how to properly respond to reports of abuse. She has advised the boards of some of the nation’s largest universities as they seek to address failures to adequately respond to abuse on their campuses. With extensive experience in the political realm, she has proven an effective advocate in helping push through vital legislative changes at the state level to make it easier for survivors of abuse to obtain justice.